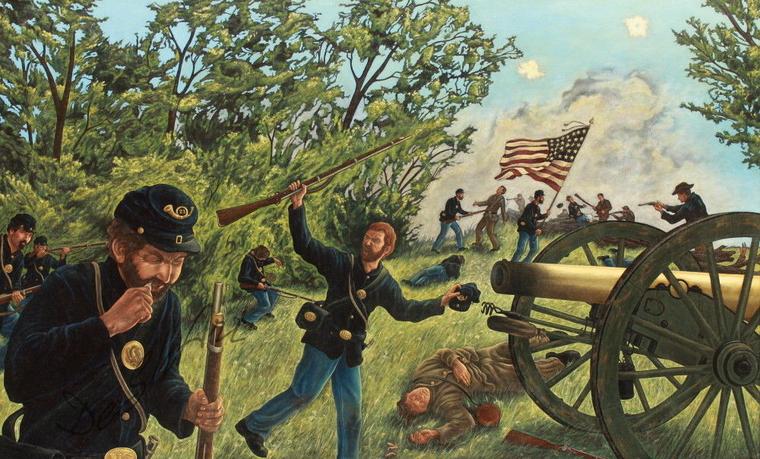 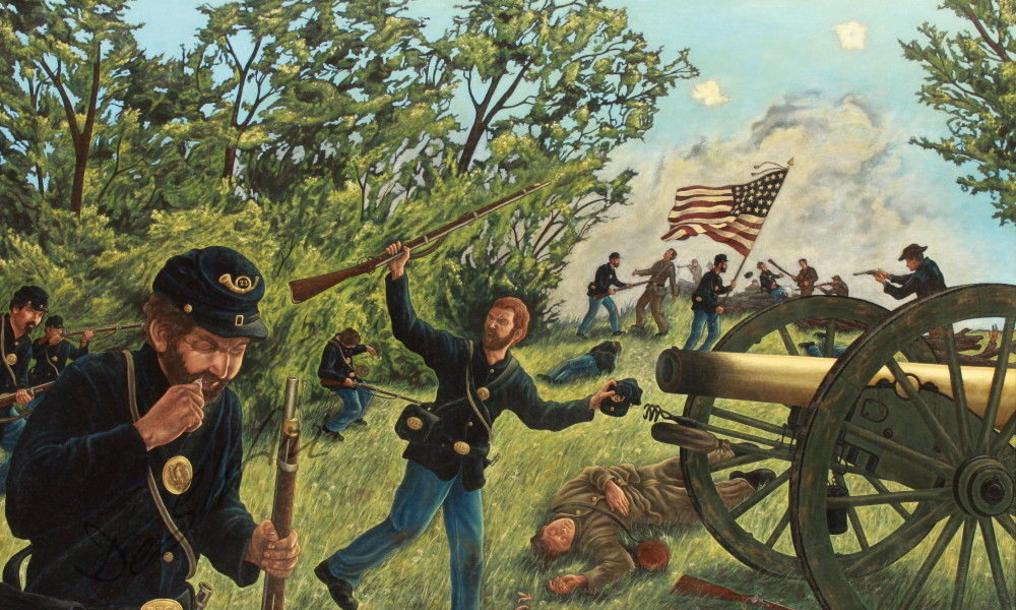 This is an original oil painting on linen canvas on wood stretcher bars. Painting measures 28.1 inches in height by 46.6 inches in width by 1.5 inches in depth. Watermark is on the photo only and not on the original artwork.

The battle of Cloyd's Mountain took place on May 9th, 1864. This battle, for it's small amount of time (an hour or less) was considered by many veterans that had also fought at Gettysburg, Antietam and other fierce battles, considered this one one of the most fierce they had participated in. The Confederates were dug in atop a ridge with Back Creek running below it. As the battle took place, the 23rd Ohio , from the first brigade, charged up the hill and overtook Hoge's cannon, which sat on the ridge along the Confederate lines. A brave soldier from the 23rd took his marked kepi and claimed this brass Napoleon canon for the 23rd Ohio. Later, when soldiers from the 23rd returned for their trophy, the Pennsylvania "Bucktails" had claimed it as their prize. The soldier that had placed his kepi into the cannon's mouth, stepped up and retrieved it to prove it was their prize, which they then had back in their possession. Two future presidents fought at this battle, Rutherford B. Hayes and William McKinley. The Ohio brigade was under command of the future president Hayes. Painting will be framed before shipping, free of charge.